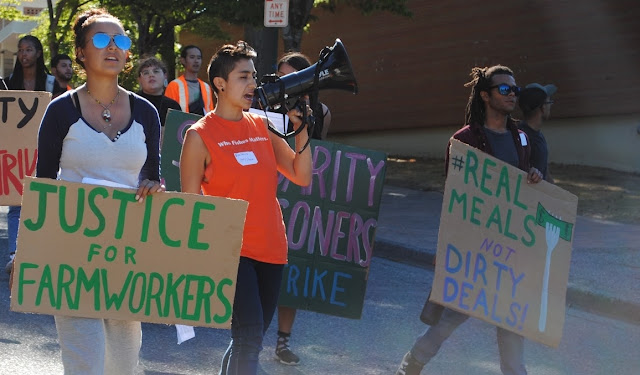 In the last ten years, NAMA has set out to tackle the challenges of marine conservation in a way many fisheries organizations haven’t - through changing our food system. We believe that bringing about a more just, equitable, and sustainable food system will result in the positive changes we’re calling for in our mission and values. This includes improving the livelihoods of fishermen through economic empowerment, creating a healthier marine ecosystem, and stopping the corporate takeover of both the ocean and our food.


The problems we’re facing are large: fishermen are not making enough money to pay their bills; seafood travels thousands of miles from where it’s harvested to where it’s consumed with little transparency along the way; and large outside investors are usurping rights from community-based fishermen.

These issues play out, and are amplified, in our food system. When we talk about the ‘food system’ we’re referring to the network of people who grow, harvest, produce and eat food, and all the regulations that govern each step of that process. We’re all part of a food system whether we’re considering the local, regional, or global scale.


For these reasons, it’s time to change how our food system operates. We need to demand a food system that stops extracting wealth and well-being from our communities, and shift toward one that prioritizes food producers, communities, consumers, and the planet. That’s why we’re engaged in the Real Meals Campaign - a campaign that is setting out to do just that. 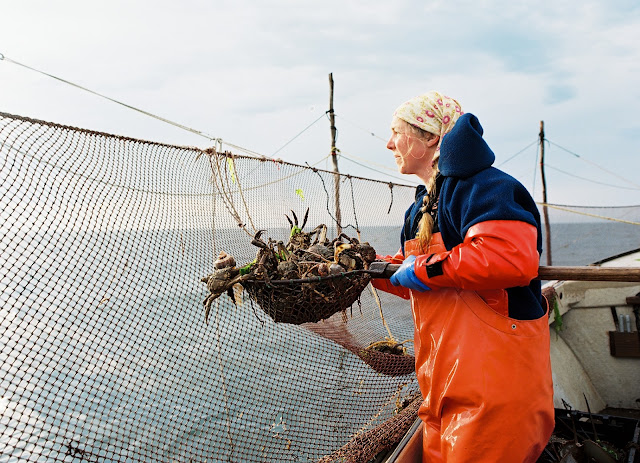 The Real Meals Campaign is targeting the three largest food service management companies, Aramark, Sodexo, and Compass Group. These companies provide the vast majority of food to institutions around the country - from universities and prisons to healthcare facilities and sports stadiums. They contract with institutions to provide all of the food and personnel to serve meals to everyone who eats at these institutions

The problem is that these three companies purchase the vast majority of their food from multinational corporations and large-scale manufacturers like Bumble Bee and Tyson. We’re calling on them to support our communities, not Big Food. For context, the largest of them, Compass Group, earns over $20 billion each year in global revenue. That’s almost as big as McDonald’s globally. So imagine how much buying power they have and how that could be shifted to being a force for good.

The Real Meals Campaign is specifically confronting these three companies in colleges and universities. At these institutions, we’re able to leverage the power of student organizers who are ready and willing to take on these corporations and demand a change to the food they are being served, and by extension, our food system. 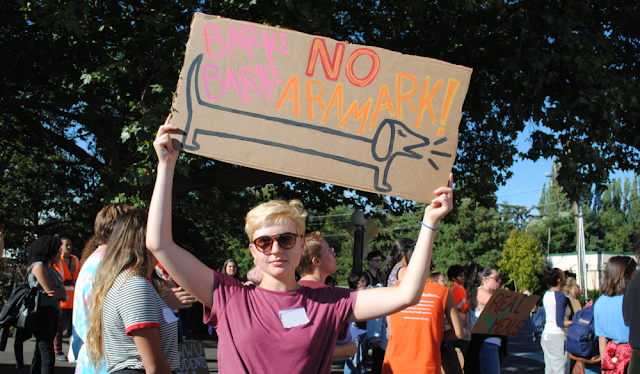 Transforming our food system is not something that can be done quickly or simply. Ten years ago we helped develop the Community Supported Fishery model and a network to connect those folks around their shared goals for seafood. From there, we set out to change institutional purchasing policies because we saw them as important levers to shift something bigger, a way to knock over that first domino toward systemic change. This is yet another progression in our strategy for achieving food justice--instead of focusing on individual institutions, we want to shift the practices of the large corporations that serve food at thousands of institutions. That’s why we’ve outlined a set of demands aimed at these three companies - Aramark, Sodexo, and Compass Group.

For seafood, we are calling for five percent of seafood at each of the three companies to be sourced from owner-operated boats and for all production, processing, and distribution to be within a 500-mile radius of the institution in which it is being consumed. While this is an imperfect calculation for supporting community-based fishermen, we’re hopeful it will bring us closer to the kind of food system that fishermen and marine ecosystems need to survive and thrive.

More broadly, the campaign is asking these corporations to purchase more food that is ecologically sound, fair, humane, local and community-based. We’re asking that they increase racial justice and equity by increasing purchasing from historically underserved producers. And finally that they do their part in fighting climate change by reducing carbon emissions and factory-farmed meat purchases.

This campaign cannot be won without the support and participation of all of us. We need to build power to demonstrate to these companies that they have no choice but to conform to our demands.

Here’s how we’re planning to do that, and how you can help:
Email Julianna@namanet.org to learn more!
Posted by Northwest Atlantic Marine Alliance at 9:14 AM