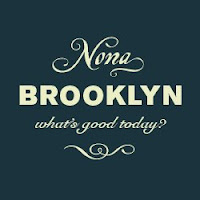 Chalk up another piece of supporting evidence for the “know your farmer/purveyor/fisherman” argument. The Environmental Justice Foundation recently posted a video focusing on how catches from “pirate fishermen” are finding their way into legit fish markets. Pirate fishing outfits follow no regulations or laws, regularly damage fishing grounds by using brutally out-of-date practices, and devastate small fishing communities by wiping out their fish populations overnight.
Summary:
But what really sucks is that pirates are only one of many problems with the shadowy world of the global seafood trade: A few months ago, The New York Times reported on the disturbing prevalence of ‘fish fraud.’ Using new devices that make it easy to identify a species of fish through on-the-spot DNA analysis, The non-profit group Oceana found that 20-25% of fish sold at retail or served in restaurants was not what it claimed to be!

Even assuming your fish is caught the right way, and it is what the person you’re buying it from says it is, choosing what fish to eat can be as complicated as quantum mechanics. Who caught it? How was it caught? When was it caught? In the dominant commodity-style seafood marketplace, such questions are usually unanswerable by the time the fish reaches the consumer (which is often a matter of weeks after it’s been caught.)

And which fish are ok to eat? Which aren’t? Guides to sustainable fish have been accused of over-simplifying the issues. By color-coding fish species to indicate whether or not they’re ok to eat, they gloss over the fact that in well-managed fisheries, when caught the right way, it may be entirely ok to fish and eat species that are in decline on other parts of the globe.

And what about farmed fish?  How does the large-scale farming of fish affect the quality and nutritional content of the fish? How does it affect the environment, and the ecosystems surrounding them?

So what is a seafood lover to do? Pay attention. Try to understand the environmental and health impacts of the fish you choose to eat. Find sources you know and trust. Ask questions to understand who caught your fish, where it was caught, and how it was caught. And buy fresh, locally-caught stuff whenever you can find it. It tastes better.

Cayden Lovejoy of Blue Moon Fish at Grand Army Plaza Greenmarket. Blue Moon catches their own fish, and sells whole fish and fillets, as well as local shellfish and their own smoked and pickled fish. Photo © Valery Rizzo - all rights reserved
Happily, many of our Greenmarkets host local Long Island fishermen selling their catch directly to the public each week. Blue Moon Fish of Mattituck is at the Grand Army Plaza market every Saturday; American Seafood of Hampton Bays is at the Borough Hall and Bay Ridge markets on Saturdays, and at the Windsor Terrace market on Wednesdays; Pura Vida Fisheries, also of Hampton Bays, is at the Fort Greene and Greenpoint/McCarren Park markets on Saturdays; Seatuck Fish Company is at the Carroll Gardens market on Sundays, and Gills Seafood is at the Cortelyou market on Sundays.

You can also find wild Alaskan sockeye salmon through Iliamna Fish Company‘s annual CSA. The salmon is caught by Christopher Nicolson, a Greenpointer, and his family each summer. Members pick up their flash-frozen share of the catch each September, at the close of the fishing season.
Clinton Hill-based Sea to Table has been sourcing sustainably-caught fish directly from small-scale fishermen working the waters of the Caribbean, the Gulf of Mexico, the Carolinas, the Northeast, and Alaska. They primarily sell to chefs, but if you (or you and a group of friends), can handle their multi-pound minimum orders, you can have fresh fish delivered from the dock to your door overnight.
Heritage Foods also has a rotating selection of sustainbly caught fish which they source directly from the people who catch it.

Who else has good fish out there in Brooklyn? The kind of fish that can be traced back to who actually caught it, how it was caught, and when it was caught? Tell us in the comments!
Posted by Northwest Atlantic Marine Alliance at 12:50 PM No comments: